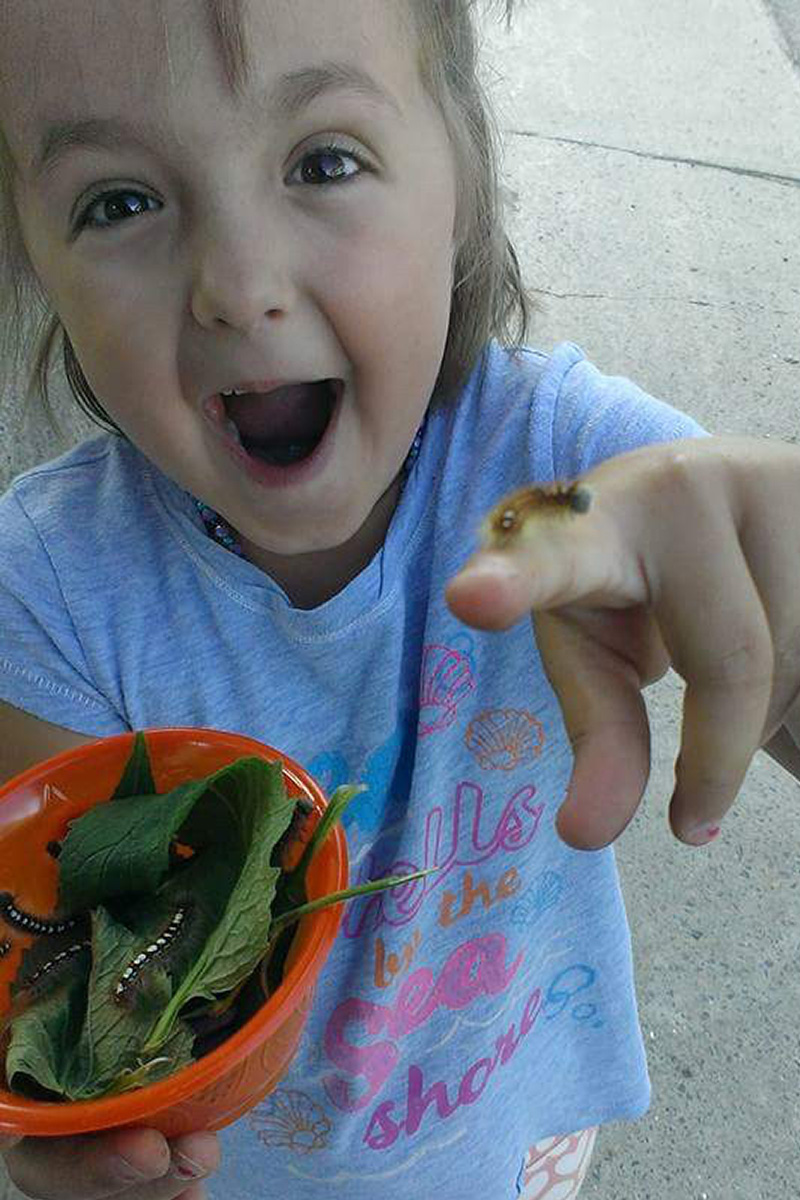 Entomologists are taking no shit when it comes to 7-year old Sophia Spencer, a girl who was being bullied at school for her love of insects.

After moving to a new school in Ontario, Sophia became the subject of ridicule from her new classmates over her love of bugs. Her mother even reports that she was “dragged through the mud” by a group of children because of her insect hobby. One boy even asked to see one of Sophia’s bugs, and after she graciously obliged, he stomped on it and killed it.

Um, what?! Who are these children? We will steal ALL their bicycles!

I mean, come on, look at this adorable little chicken nugget: “A couple of months ago, Sophia had asked me if she could make a career out of bugs someday, and I told her of course,” Sophia’s mother revealed. Not wanting her daughter to be discouraged by the vile, bottom-feeding little children in her class, Mrs. Spencer wrote to the Entomological Society of Canada for help.

The members of the society sent out the following tweet and the response was overwhelming. …which garnered immediate attention from the community of insect enthusiasts.

Her mother is nothing but overwhelmed with gratitude toward the scientists who went out of their way for her daughter, “There have been people working in Canada, the Amazon Rainforest, Venezuela, the UK, and USA reaching out to offer support, encouragement and offers to be her pen pal. I know she cannot even grasp the amount of support this has shown but I do and it has truly been a blessing.” This makes us happier than words can begin to describe!

Stay “weird” Sophia! The scientific community, and we, have your back!

(PS. We were serious about the bicycles, let us know girl…)