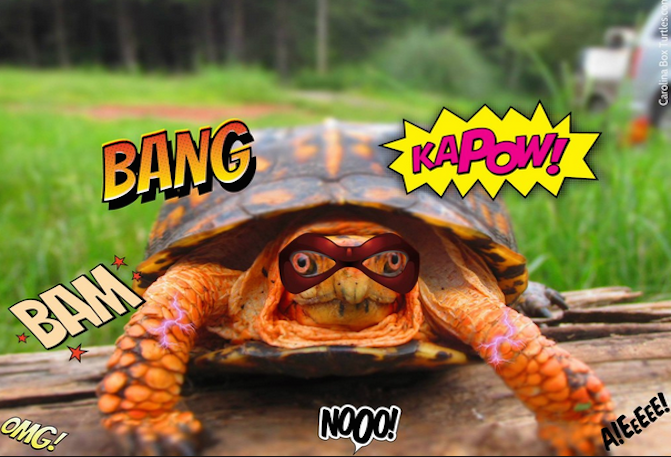 No, you didn’t read that title wrong. The turtle kingdom has literally been saved by divine the power of nymphomania. Well, the turtles of the Galapagos Islands anyway…

All at the hands of a true modern day Romeo (actual name: Diego), whose love for his fellow lady-turtles is being praised by animal conservationists everywhere. You see, Diego is responsible for fathering over EIGHT HUNDRED offspring with various lady partners. This is truly significant because these turtles in years past, were nearly extinct. Fifty years ago (my man is OVER 100), Diego was one of a species consisting of only three males and twelve females.

This was such a threatening issue, researchers moved Diego from his cushy abode, at the San Diego Zoo, in hopes of encouraging breeding amongst these turtles. And boy did Diego deliver. Nearly 2,000 turtles have been released back into the wild since Diego’s arrival and  scientists speculate that Diego alone is responsible for nearly 40% of these.

The source of his appeal? No one is quite sure. But we are willing to bet that when lady turtles look at Diego, they must see something similar to this: Whatever the reason, it’s working.

The lead Zookeeper of the San Diego Zoo praised Diego by commenting that his record was impressive, “Not just because he sired so many offspring, but he also created competition with rival males that previously showed no interest in the females. Quite possibly the greatest conservation success story for all turtle and tortoise species to date.”

When asked to comment on his own record, Diego (that sly devil), merely replied with this face… KOWABUNGA DUDE! The Turtle Kingdom thanks you!