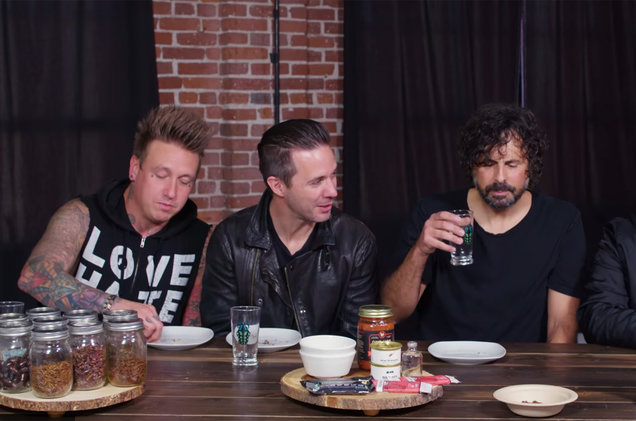 But eating bugs is looking like a new trend that will become a major source of protein as populations increase in the next 20 to 50 years. It turns out bugs are really good for you!

Papa Roach took on a challenge to try bugs raw, and to try them in dishes. They were given two dishes where one had bugs while the other did not, and asked to guess which one did have the bugs. Check it out!

Bugs already make for major food sources in several eastern countries, and with time it’s very likely we will see them here in the United States. In certain places we have, like this ice cream truck with bugs for ice cream toppings, or using cricket flour for baking!

If you’re still not into it, just think back to when you watched Lion King and how delicious the grubs looked (seriously, how did Timon and Pumbaa make eating bugs look so tasty??)