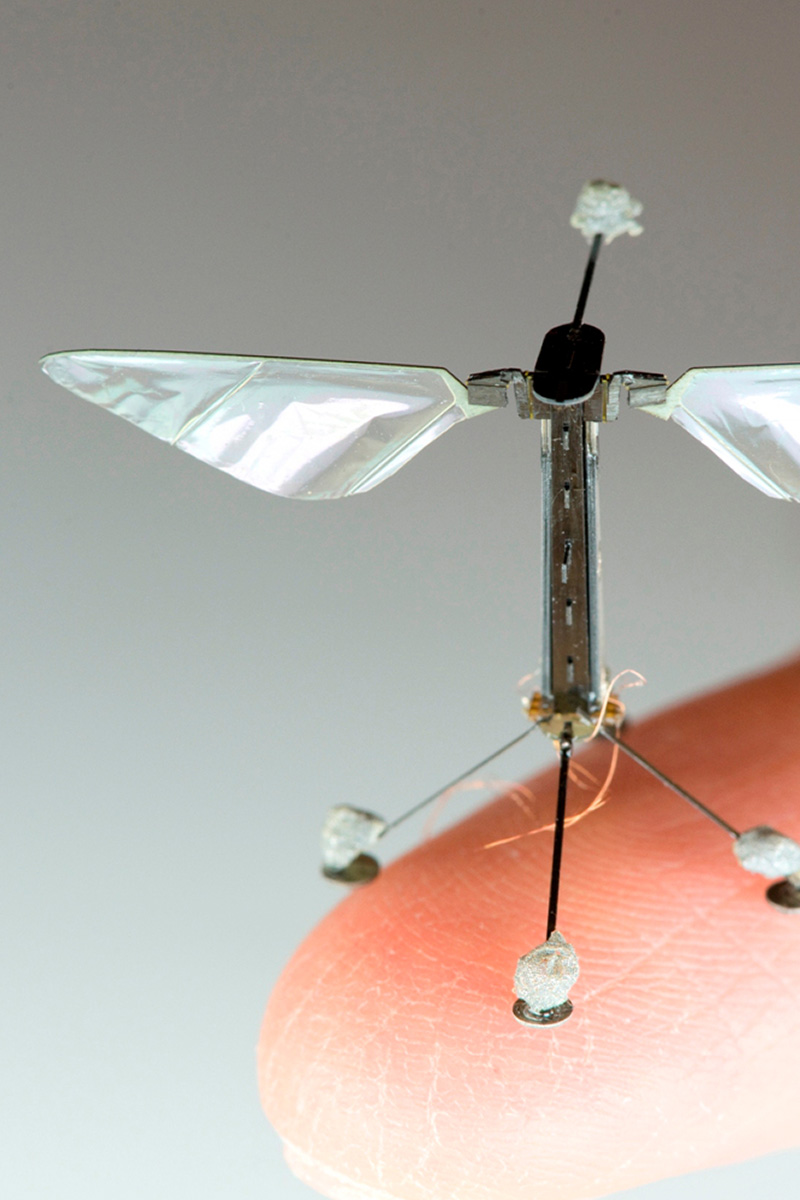 Picture this: you’re taking a stroll on a balmy summer day. The sun is shining and the flowers are in full bloom, but wait… Suddenly you hear a mechanical buzzing noise and a robot no bigger than a penny lands delicately on your arm. But don’t swat it! That little bee is worth ten million dollars. This is a RoboBee.

It was invented by the scientists at Harvard University and while it won’t likely be swarming your local meadows anytime soon, its development team hopes to put it to far more beneficial uses in the near future.

In fact, they’re hoping this buzzing bot will one day be able to assist in search/rescue missions, pest control, and artificial pollination efforts. Due to their small size, having only a three centimeter wingspan, developers are anticipating that they will be able to travel to locations (both rural and urban) that larger robots or human beings cannot. The United States Defense Advanced Research Projects Agency funded early models of Robobees with the intention that one day, they will be able to provide stealth surveillance in battlefield and high-risk situations.

However, creating a functioning robot on such a small scale presented many challenges. The first challenge was to make them fly. To do so, the scientists on the Harvard team invented a way of creating artificial muscles that allowed the wings to beat 120 times per second. As if that were not enough to make the rest of us look like simpletons, the scientists are now working on a means of giving Robobee the ability to use what they are calling “swarm intelligence” so that they can make decisions for themselves.

Not to mention, in recent developments, the Robobees are actually able to use static electricity to land and stick to surfaces. Also, in the name of leaving no stone unturned, Robobee can now dive into and swim beneath water. What will be next for the Robobee? Could it “bee” world domination?

I guess only time will tell.