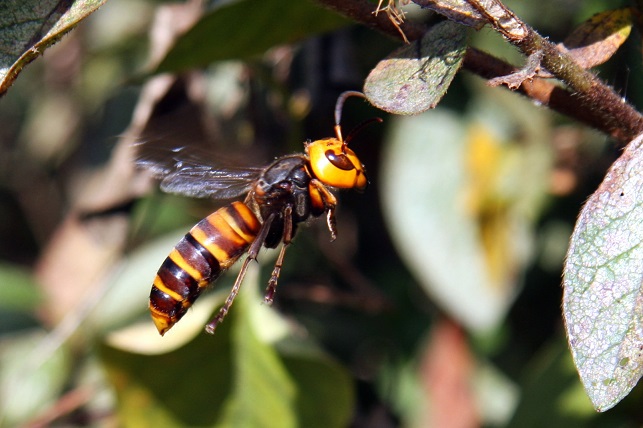 There are so many types of bugs out there that we literally haven’t discovered them all. Every year we discover more and more bugs, and the amount of time it would take to find them all is immeasurable. While we may not be able to discover every bug hidden away on the planet, there are several we have found that you don’t EVER want to meet! They’re small, and some even look harmless, but encountering any of our intense top 5 bugs could mean serious damage.

Weta are the only peaceful bugs to make this list, but that doesn’t make them any less terrifying to find one. The only ones that even have big enough mandibles to be scary are the Tree Weta. Even those and other sub species of Weta are only interested in herbivore diet choices, especially carrots! These spiders are completely different from what we consider the average spider to be like, as they don’t weave webs, and their bites lack toxic venom (though their bites can still REALLY hurt.) These guys are called Huntsman spiders for the fact that they actively hunt their prey, using their long legs to grab and hold what they find to bite it to death. The one above is on the smaller side of their average sizes, but you can find much MUCH bigger ones no problem. They’re only native in Australia at this time though, so you can easily avoid encounters by just not going to Australia. This hornet in Japan is called the Japanese Giant Hornet or Yak-Killer hornet, and has several different sub species depending on where you’re visiting in Asia. Their stings have caused hundreds of injuries and deaths, leaving people hospitalized after encountering swarms. The hornet is the largest on the planet, and prefer habitats at the bottom of mountains or in forests of eastern Asian tropical climates. They’re known for hunting other bees and their hives for food, and at times resorting to cannibalism if nothing else can be found.

Or also known as the Killer Bee, these bees have the kind of origin story that can only lead to disaster. Scientists in Europe decided to try cross breeding bees, and the result were the Killer Bees. They were meant to help increase honey production, but the scientists accidentally had a few escape from testing facilities. They’re extremely aggressive, and it does not take much to provoke a colony attack from them. An angered swarm has the potential to outright kill a person, and can follow you up to a quarter-mile to do so.

Listen, the bullet ant is no joke with its sting. More recently, YouTube Star Coyote from Brace Wilderness subjected himself to a single sting and was in burning pain for 48 hours, despite it should only take 24. Other YouTube celebrities have visited this tribe to take on the same challenge, and most have completely crumbled under the first few seconds. Though in the wilderness, away from their nest foraging for food, bullet ants can be quite docile when encountered. These guys rank at #1 out of all bugs, as enduring one of their stings can be the worst sting you may ever encounter.